Recently I discussed how it’s hard to determine who a person truly is when looking at just a small glimpse of their life. Because I truly believe that, I have also been struggling with the idea of whether or not I’m any good at being a teacher. Let’s just say that self doubt is a huge issue I’m currently trying to overcome.

Meanwhile, my point has been proven by the people in the media. 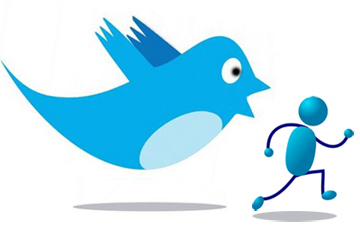 Similar to the craziness thrown at Joss Whedon not so long ago, another Geek/Nerd icon is under attack because of some comments he made in an interview. I originally got my info from Nerdist.com, where they pointed out that some of the comments in question weren’t entirely wrong…

But even they took the comments completely out of context.

The comments in question? Simon Pegg, known for movies like Shaun of the Dead and the new Star Trek reboot, made some comments insinuating that the oh so popular comic book movies and sci-fi movies in general were “infantilising” us to the point where “we’re essentially all consuming very childish things” and “taking them seriously.” He went on to say that it was “dumbing down” the public by keeping us from focusing on “real-world issues.”

Seriously! Think about it for a second:

We do care more about whether or not the Hulk and Black Widow are going to hook up than what’s going on in (insert any third world country here). 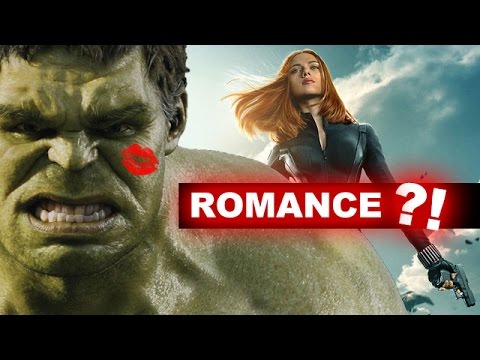 Sometimes we care about these things more than what’s happening in our own country! My roommate and I both saw the new Avenger’s movie opening weekend, but neither of us knew exactly what was going on with the Amtrak crash. I’d heard about it, and knew it was something terrible, but didn’t know exactly what was going on. She hadn’t even heard about it until nearly three days later. And neither of us knew about the anti-gay rhetoric that was being tossed around because of it.

(For those of you equally as in the dark as I was, some idiot said that the crash happened because the driver was gay…it doesn’t make sense to me either.)

But even though his comments were actually relatively accurate, the people of the internet still decided to crucify him for saying these things.

And what’s worse, his comments were taken out of context. 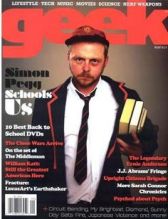 Now, I still don’t think he’s entirely wrong, though, given that the sci-fi/nerd movies are kind of what made him big, and there’s that whole “don’t bite the hand that feeds you” thing, he probably shouldn’t have said such things. After all, he is in the Star Trek reboots and is writing the script for the next installment of said reboots. Sci-Fi is sort of his bread and butter at the moment. And like I said, he’s kind of a Geek icon…He’s on the cover of the official magazine and everything. (I had no idea there was an official magazine, but there it is.)

On the other hand, he said those comments in an interview where he was discussing that very thing: the third Star Trek movie. He was explaining how the execs at Paramount were basically telling him to dumb down the movie to make it more “inclusive,” or, in other words, make it simple enough that a non-Star Trek nerd (or Trekkie) will understand it. Take all that science-y gobbledy gook out, and give them more explosions and flashy lights. More action, less thought provoking substance.

So, in context, it seems he was venting his frustrations about how we have stripped all the intelligence from movies in order to have our corneas assaulted by explosions, and our hearts stressed with the adrenaline of action sequences*.

Heaven forbid we should have to think about our movies.

Sadly, I see similar things when trying to teach literature in my classroom. Students don’t want to think about what they’re reading. They want to see the pictures! And they can’t imagine it in their heads like we used to (and some of us still do). They want it spoon fed to them, just like they want to be able to look up the answers on Google. “Miss, what do you mean Yahoo Answers isn’t a valid source?”

The point is, before you decide to crucify someone, be sure you have the whole context of a situation. And, if what they’ve said still angers you, maybe you should check to be certain it’s not because what they are saying is actually true and you just don’t want to hear it… 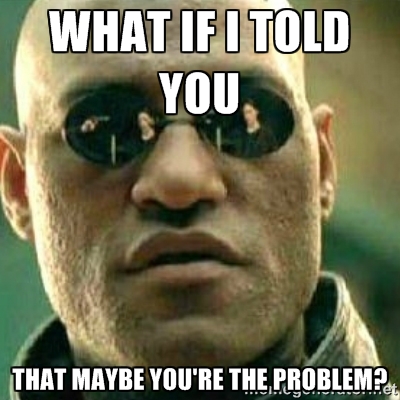 *Those are my interpretations, not his. To see Simon Pegg’s explanation of what he said, how it was taken out of context, and the rather intelligent discussion of what he actually meant check out his blog on Peggster.

1 thought on “Context is So Important!”