There are certain things I don’t usually talk about because I feel like I’m admitting something is wrong with me if I let other people know. For instance, *I* can know that I like the Ewok movie better than the whole original Star Wars Trilogy (for sentimental reasons), but I don’t often say it out loud for fear I will lose some of my “Geek cred,” as a friend of mine says. And apparently today is the day for confessions, so I’m starting off big!

As if that wasn’t a big enough confession, the thing I really wanted to talk about today was Seasonal Depression.

I quit caring about work.

I find most things just too hard to do.

I don’t throw things out. I let the mess pile around me until my room or (as happened this time) my entire apartment looks like it belongs to the Trash Lady muppet from The Labyrinth.

When this happens, I usually can’t see the best place to start. I clean one room, usually a small one like the bathroom or the kitchen. It’s something that makes me feel like I’ve made some sort of progress, because I believe that any progress will motivate me to get the rest of it done. And if I’ve caught it early enough, it does! I can successfully pick everything up, and there will be no problems… until the next grey and cold and nasty series of days or weeks. In Texas, we don’t have that much cold and nasty weather, so I can usually catch it fairly quick.

This year was one of those. I quit noticing the mess. I saw it. I knew it was there. I knew every dish in my house was dirty. I knew that I was washing the same clothes over and over and ignoring the pile of laundry that surrounded my bed and covered my bathroom floor. I knew that there was more than 5 pizza boxes somewhere amongst the mess, and that Pepper had torn up at least 2 of them. But I didn’t see it. I didn’t allow myself to notice.

I’d come in and after the mandatory dog walk, I’d strip my clothes off en route to the bedroom, letting them fall in the living room because then I’d know they were dirty, and put on the same comfy, ratty pajamas/sweats/nightgown, and sit in front of my computer. Or on my bed. These two areas were safe zones. I’d order takeout because the kitchen was too dirty to cook in, even though I’d buy staples, like bread and milk and cheese and things. Then I’d let Pepper finish off the takeout and do what he wanted with the boxes, usually ripping them into little shreds.

I’d pick them up if I thought there was food particles enough to attract any sort of little critters (as my Mom would say),  but otherwise, I wasn’t too concerned with it.

And, this time, this cycle repeated for several months. I didn’t see it because, as some of you know, my social life has exploded in the last six or seven months. I’ve been going out to Trivia every Wednesday, and there are all sorts of social events with my book club girls. But some people had started noticing that NO ONE had seen the inside of my apartment…

Why was that? Because I knew on some level that it wasn’t ok. That I wasn’t ok.

I threw a few hints. I even tried to give myself a deadline. Valentine’s Day I was supposed to have a boy over for dinner. Can’t cook dinner if I have to kick my way into the kitchen… Gotta clean. Luckily we got into kind of a nasty fight so that dinner plans got cancelled… Even more luckily we fixed it so that I didn’t screw up something that could be potentially wonderful just because I was down.

More than just down. But there again, I don’t want to admit there’s anything really wrong.

My mother, the adopted one (the only one I’ve ever known), came to the rescue. While I was spiraling out of control, not only did she notice (before I did), but she came to help. She drove the 4 hours to clean my apartment. She was willing to walk up and down the stairs to help me carry out the 12 bags of trash.

And the 6 loads of laundry.

And the vacuum (mine’s busted).

And the carpet cleaner.

And the groceries that she helped me pick so that I could have fresh veggies (which do actually help).

And the new towels, since apparently I’d thrown almost all of mine away, probably because Pepper had peed on them at some point or another.

When I tried to warn her, while she was headed this way, that it was bad, all she said was “I know. You’re spiraling, and I don’t think you know it yet.” 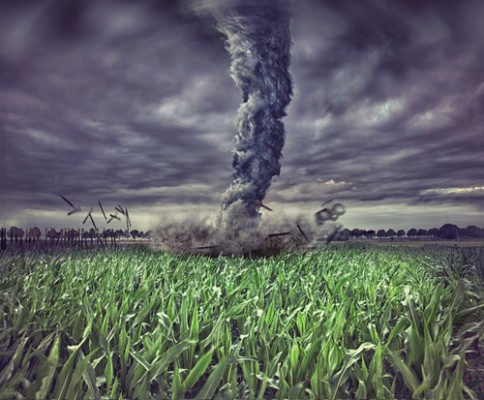 Obviously I had at least noticed, because I was willing to agree to the help, but I don’t know where I’d be if she hadn’t actually come to the rescue.

So, for those people who sometimes need a happy adoption story, I am one. Not always a perfect happily ever after (let’s not get too crazy), but this weekend, a woman who shares none of my DNA saved me from myself, because she knew me, because she was my MOM, in spite of us not having any DNA in common.

1 thought on “Confessions of Depression and Other Things”